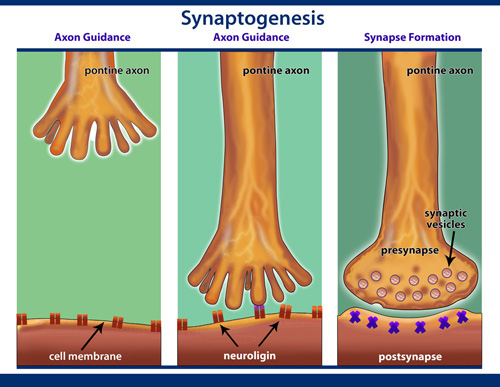 During the course of human development, synapses are constantly formed and eliminated depending on whether or not specific neural connections are being utilized. This is where we get the "use it or lose it" idea. Through our early years of development, we actually have more connections than we need, so our brains go through a process of "pruning" or eliminating connections that are not being used. In women, this process generally occurs beginning in puberty, while in men this typically occurs in the early 20's. However, throughout the lifespan after this pruning period, we continue to undergo the process of maintenance of available synapses, involving both axons and dendrites; a process which require a longer period of time. In addition, longer connections may not be able to re-grow in older neural systems, but may be able to do so in younger brains with excess connectivity prior to the "pruning" period.

Reactive synaptogenesis is a process which occurs quickly--within 10-15 minutes and occurs only during a learning task and may not lay down a lasting connection, whereas, as noted earlier, neurogenesis is a much slower process and requires growing an entirely new neuron. But exactly how can this be done?